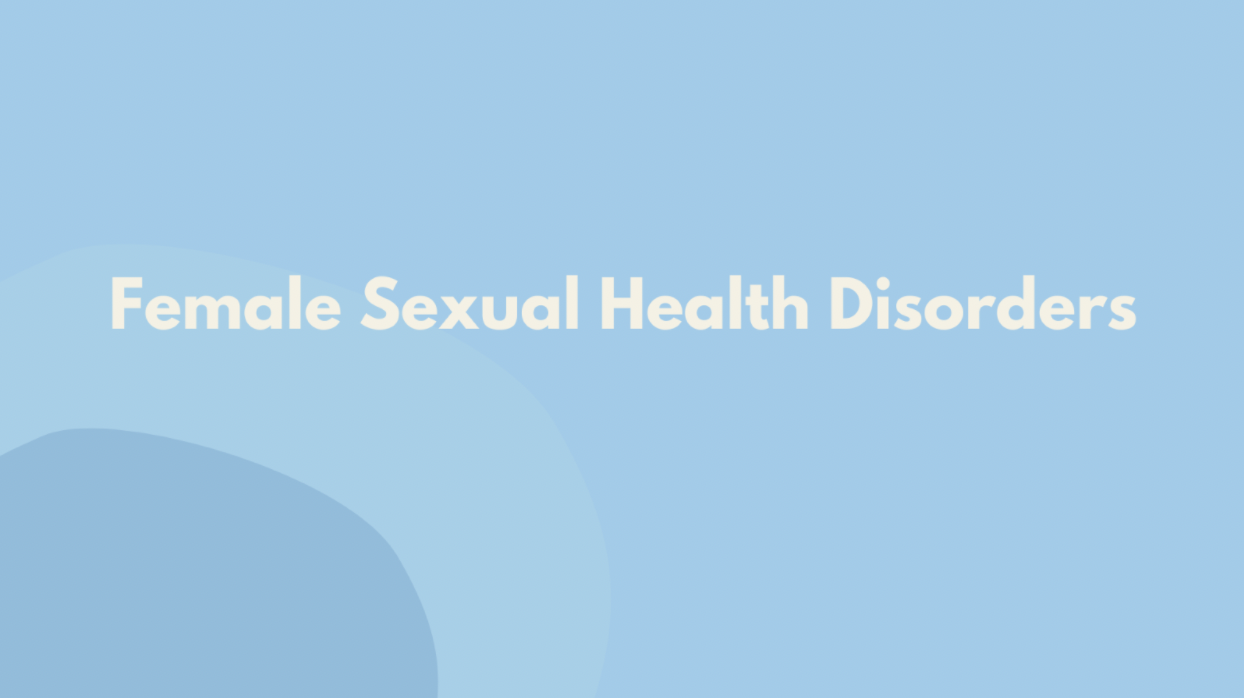 Female sexual/arousal issues are commonly experienced by most women at some point in their adult lives. A number of factors can contribute to these issues such as age, relationship status, physical and mental health, weight changes, menopause, and trauma. Whilst it is normal for women to experience fluctuations in their sex drive and arousal levels throughout their life, a significant reduction or absence of sexual desire may indicate female sexual interest or arousal disorder (FSIAD). FSIAD can lead to distress, feelings of shame, relationship issues, and functional problems.

FSIAD is a disorder which is characterised in the DSM-V by a significant loss or lack of interest in sexual activity, and a lack or loss of physical arousal. In order for a woman to be diagnosed with FSIAD according to the DSM-5, three of the following six symptoms must be present: 1. Reduced interest or loss of interest in sex 2. Few thoughts or no thoughts about sex 3. A decreased level of sexual arousal or pleasure during sexual activity 4. Reduced or no arousal in response to visual, written, or verbal cues 5. Infrequent or no initiation of sexual activity in a sexual relationship 6. Lack or loss of sensations in the genitals In order for a diagnosis, three or more of these symptoms must be present for a minimum period of six months and causing significant levels of distress. Additionally, the specifiers for this disorder include:

Generalised FSIAD occurs in any situation involving sexual stimulation whereas situational FSIAD describes symptoms occurring in the presence of specific scenarios such as with certain partners or in various methods of sexual stimulation.

Lifelong FSIAD describes presence of symptoms during the entire course of a person's life from when sexual activity first occurred. Acquired FSIAD describes a change or decline in sexual function from previously normal function for a person. It is also important to rule out other conditions that may factor into an individual's sexual health. That is, it should be examined whether the aforementioned symptoms may be better explained by the presence of a mental health disorder, a history of trauma or abuse, substance misuse, or a medical condition. FSIAD is just one of three types of female sexual disorders listed in the DSM-V. Other disorders include Female Orgasmic Disorder, and Genito-Pelvic Pain/Penetration Disorder. If the FSIAD symptoms apply to you, it may be worth examining whether they may be better explained by the presence of symptoms by another female sexual disorder.

What can I do if this sounds familiar?

FSIAD can be diagnosed by a psychiatrist and treated by a psychologist, sex therapist, women's health specialist, or doctor. Treatment options include medication, cognitive behavioural therapy, dialectical behavioural therapy, coping skills and psychoeducation around sexual health. Speak to a doctor about your concerns regarding FSIAD to find out about diagnostic assessment, referral, and treatment options.