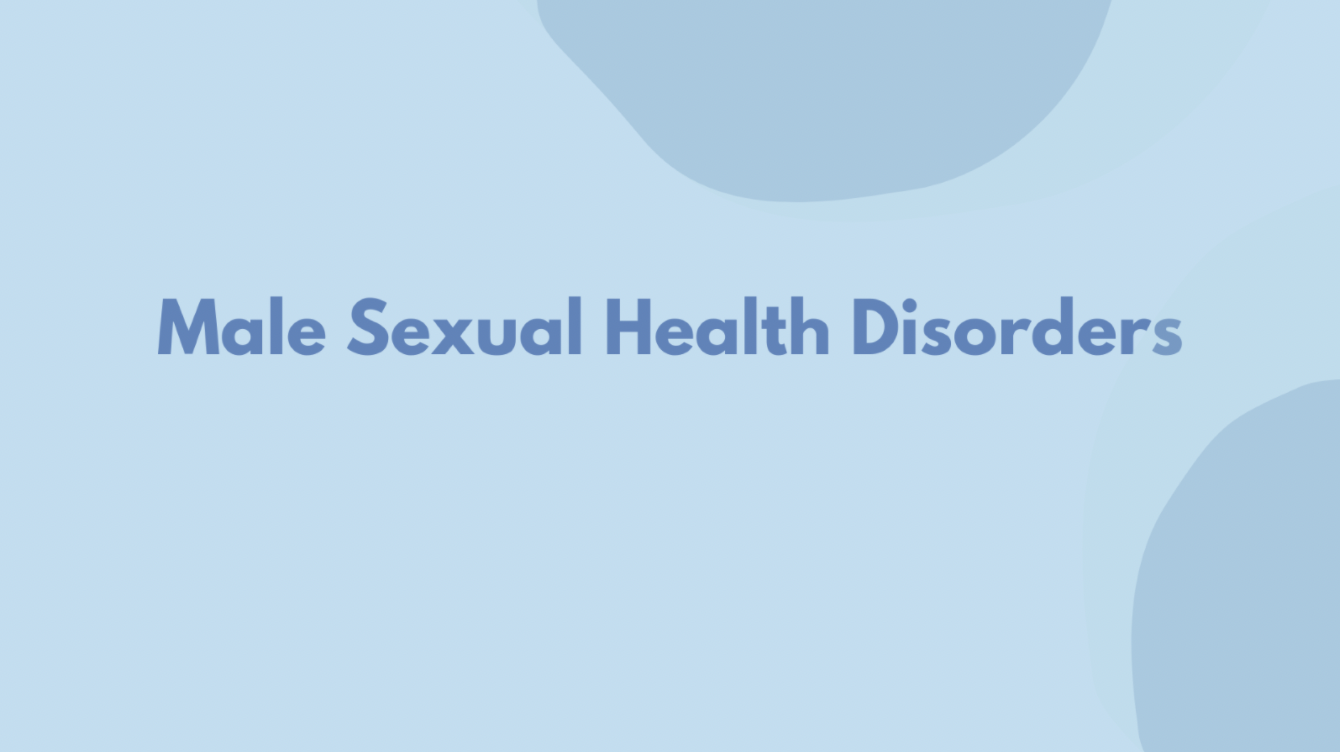 Sexual issues can be difficult to discuss amongst males. There may be shame, guilt, fear, or inadequacy associated with speaking out about issues with sex. However, the prevalence of male sexual dysfunction is higher than most people perceive. Recognising the symptoms is the first step in getting appropriate medical and psychological help for a sexual disorder. A male sexual disorder or sexual dysfunction describes a significantly distressing sexual problem. The DSM-V describes four sexual dysfunction disorders which are specific to biological males. Below are the four disorders, their symptoms and a brief description of their criteria.

Presence of at least one of the following symptoms for a minimum period of six months on at least 75% of occasions: - Inability to achieve an erection -Inability to maintain an adequate erection -Noticeable decrease in erectile rigidity during partnered sexual activity.

Persistent symptoms for at least six months, experienced on almost occasions of sexual activity, and causing significant distress: -Recurrent pattern of ejaculation occurring during partnered sexual activity within about one minute following penetration and before the individual wishes it. If you are experiencing any of the aforementioned symptoms and are concerned about how this is affecting your sexual or intimate relationships, you can speak to a doctor about this to begin the steps on assessment, diagnosis, and treatment.